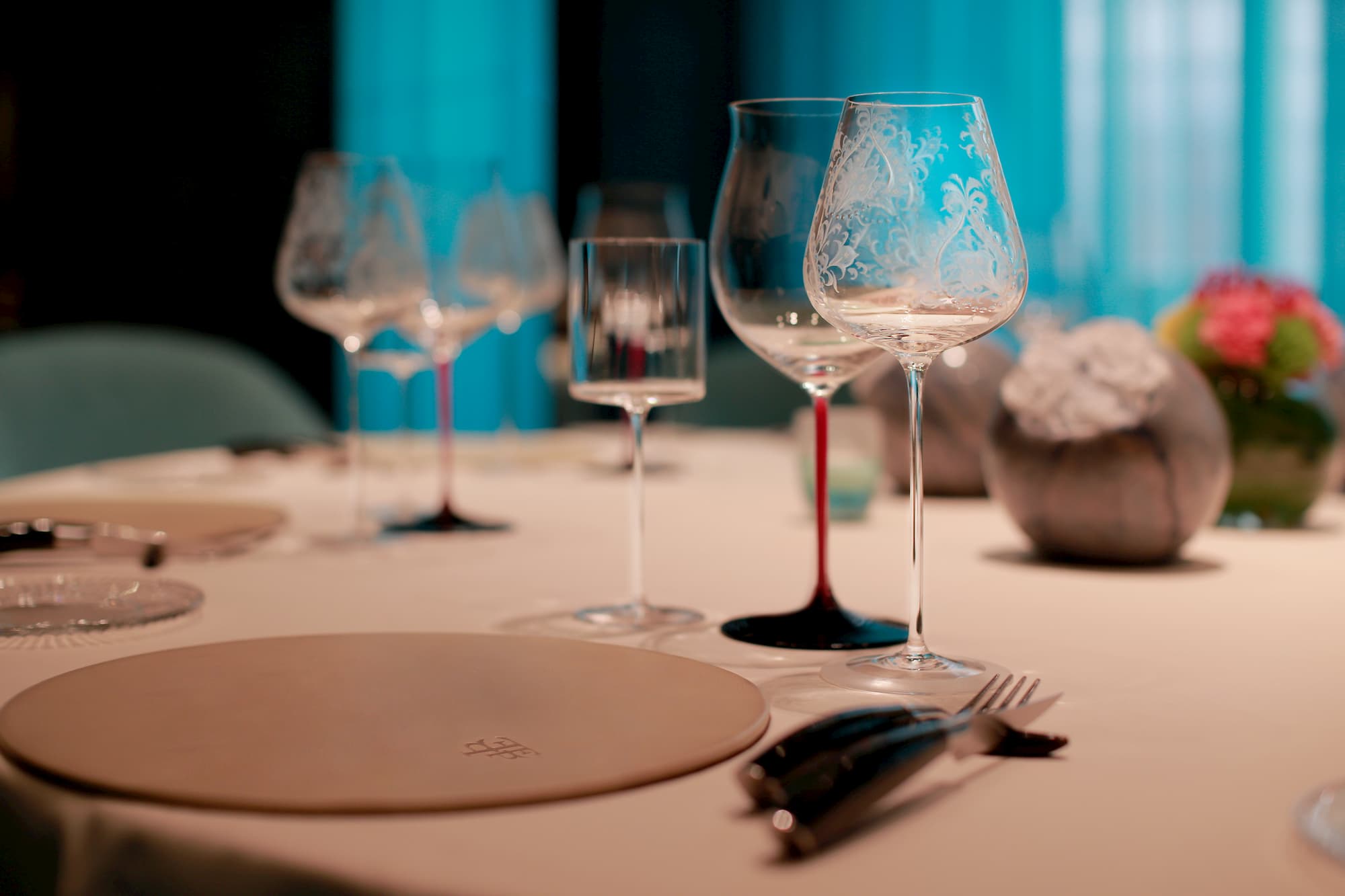 The Lady of the Stars

It was May 1969, after an experience in London, that the young Annie Féolde decided to learn Italian as well. She arrived in Florence to be a babysitter, an opportunity that fell through, and then found work as a saleswoman and later in a restaurant, now Il Giglio Rosso. Thus begins the story of Madame Pinchiorri, three Michelin stars, a
calling that is revealed in the following interview.

When you first arrived in Italy, did you imagine that you would have stayed for all these years?
No, really! I thought I would just stay a year, no longer.

You were the first woman in Italy to obtain three Michelin stars. How does an already-distinguished wine bar turn into such a high level of cuisine?
I didn’t think about the stars at all, my attention was entirely focused on our customers, creating a positive experience for them and enhancing our incredible wines that Giorgio proposed with our dishes. Giorgio, on the other hand, absolutely thought about it: he was the one who always went to buy the newspaper to find out how
the Michelin stars had been given.

The Enoteca Pinchiorri in Florence is an international gourmet institution. What difference is there between Italian and foreign customers?
The foreign clientele varies with tourist trends, first there were almost exclusively Americans, now there are also many Chinese, and not only; with all the measures that this may require from us in an attempt to anticipate wishes and tastes, especially in wine pairings. There are two types of Italian clientele: the locals, who come to see us rather regularly, and those just passing through who combine the experience at our restaurant with a visit of Florence and its splendid museums.

Not just in Florence – there are two other locations that bear the name of Enoteca Pinchiorri: in Tokyo, opened long ago in 1992, and Nagoya, open since 2008. How did these foreign projects arise? Will there be France in the future as well?
I will confide in you that at one point there was a third restaurant with our name in Japan: it was on an island where the Japanese usually celebrate weddings. It was an intense but brief experience, since the business was compressed into a few, very intense months, while for the rest of the time the island was practically deserted. The Enoteca Pinchiorri in Tokyo was one of the forerunners of Italian restaurants in Japan; the clientele was very interested in Italian cuisine and they welcomed us very, very well. It was very interesting to work to introduce the highest level Italian wines, and to identify the characteristics that the Japanese prefer in a wine.

What are the difficulties and the advantages for a female chef who wants to succeed in this line of business?
A chef’s job is hard work, the hours are exhausting, a lot of resistance and even physical strength is required. It is difficult to balance with a family, unless there are 2 (or even better, 4) grandparents who can cover your back. That said, a woman always brings her grace, her diplomacy, her feminine touch, specifically. I believe this can make the difference in a world that is so competitive – and often aggressive too.

What advice would you give to young chefs who would like to embark in this line of work?
I appreciate this question because I fear that young people are often misled by what they see on television programs: being a chef does not mean being in front of cameras, being a sort of modern hero who counts more than the others. First of all, the chef spends his or her time in the kitchen, behind the scenes, trying out a dish again and again, so the really important thing is that you love cooking! Secondly, a chef is part of a brigade and even the whole brigade can do very little if on the other side, in the dining room, there aren’t professionals able to enhance the work of the kitchen, presenting it as it should be presented and proposing the perfect wine pairings. What was the most successful dish in your prestigious career as a chef?
I can think of several…on the other hand, we have had this restaurant for almost 50 years! Maybe the Caramelle, made with two-colored pasta stuffed with eggplant and goat cheese and closed just like candy. Or perhaps the Gamberoni, prawns wrapped in pancetta and served with a spelt cream from Lucca. I could go on…also because we have never stopped and we didn’t want to get too attached to a dish.

What future challenges will haute cuisine have to face?
I believe that there are many challenges: some are those that have always existed, namely the regard for excellent products – and producers – and loyalty to tradition. I truly believe in this, I never get tired of saying that haute cuisine should not search for special effects, it is not a matter of surprising with a stroke of magic, but rather of conquering with quality and reliability. Then there are the challenges of our times, such as sustainability, which is based on continuous research aimed at curbing
the depletion of certain species (I’m thinking about fish) and resources, and limiting waste, the use of plastics, and the use of disposable products.