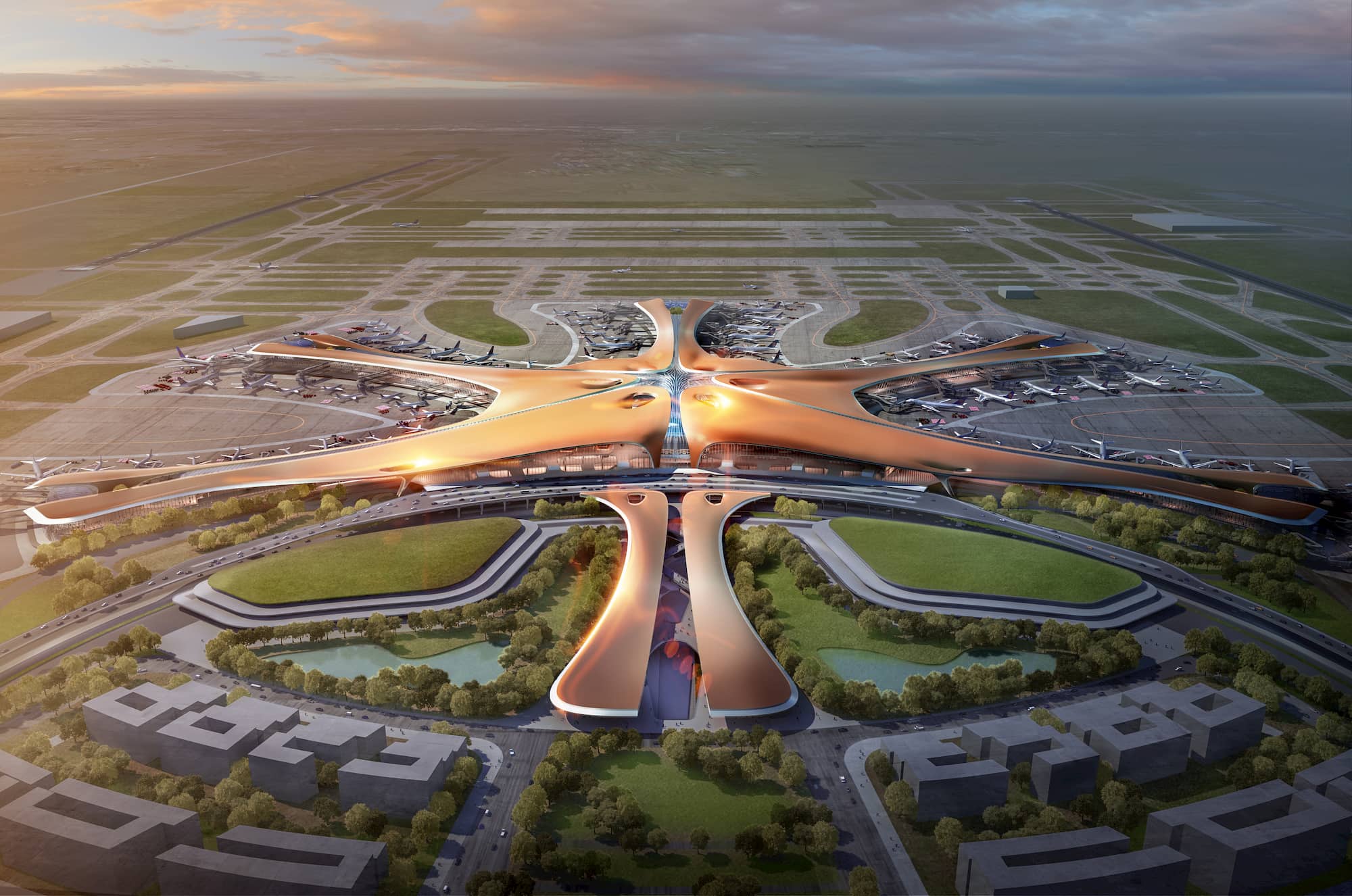 The Greatest in the world

I don’t think that architecture is only about shelter, is only about a very simple enclosure. It should be able to excite you, to calm you, to make you think. – Zaha Hadid –

A colossal project bears the signature of Zaha Hadid – Zaha Hadid Architects – , whose team of architects collaborated with ADP Ingeniérie (ADPI),
members of the Buro Happold group, Mott Macdonald and EC Hariis, creating a 700,000-square-meter terminal that will become the base for flight companies China Southern Airlines and China Eastern Airlines, facilitating the connection between two giants and improving service for passengers. Designed to accommodate 72 million passengers annually by 2025 (620,000 flights each year on 4 runways), as well as 2 million tons of cargo, the new airport in Beijing (China) will be inaugurated in 2019. It will have six runways for commercial aviation and one reserved for military aircraft. The futuristic design features vast, curved spaces extending over 700,000 square meters. The heart of the airport is based around a focal point: six curvilinear rays are passenger walkways, creating a natural flow evoking the harmony and
balance typical of Chinese landscapes, with a range of colors inspired by visual languages from cultures in the Orient. The ambitious project was
designed with a low environmental impact, thanks to systems that optimize the terminal’s energy performance including natural shading, innovative glass paneling, and a roof-lighting system. An adjacent high-speed railway line connects the airport to the city, completing the communication network of a majestic hub able to channel the Chinese capital’s growing transport network.