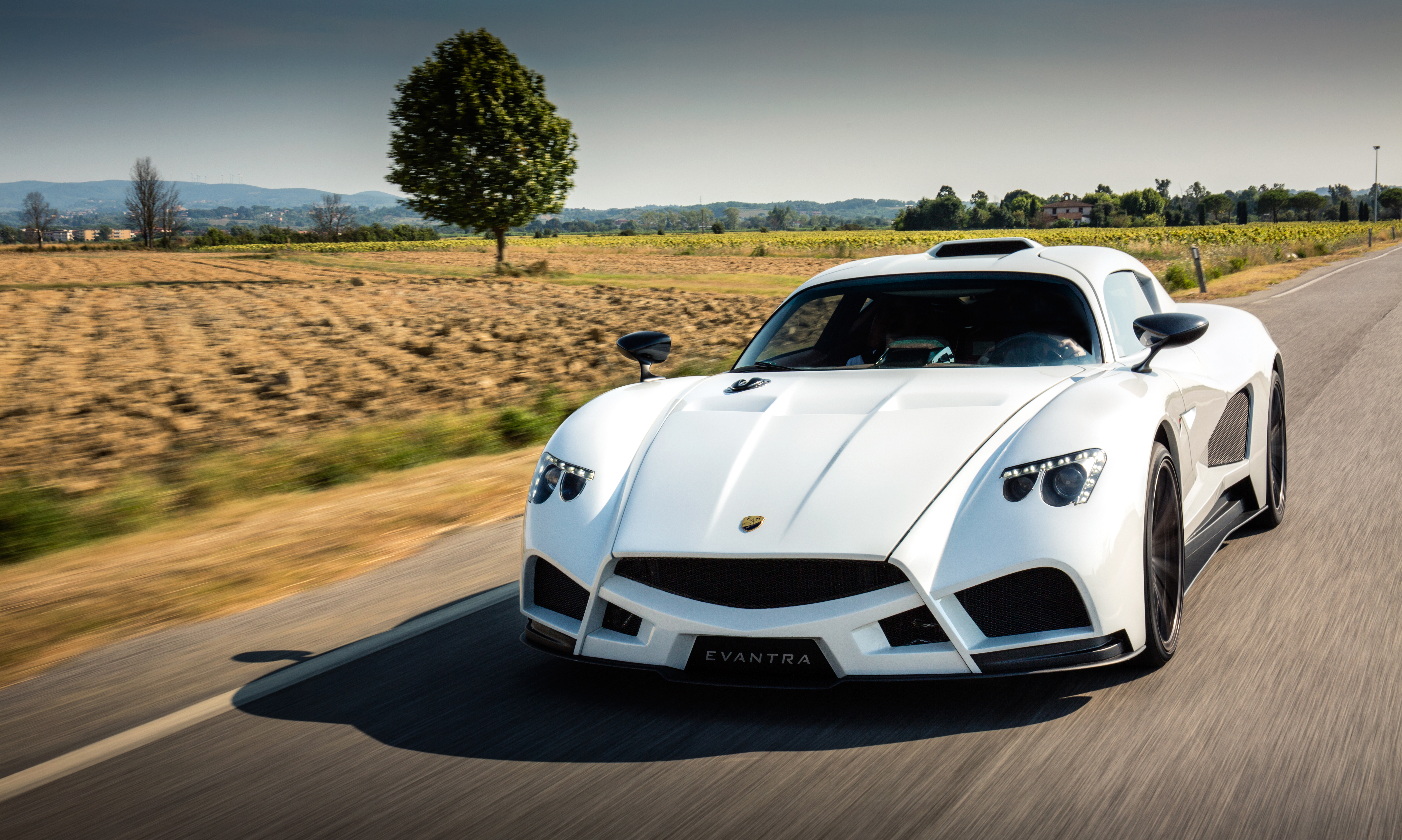 It’s a story that has its roots in the small boroughs of the artistic city of Pistoia, where Luca Mazzanti, from an early age, began to develop visionary creations on four wheels.  This dream resulted in the launch of Atelier, in the heart of Tuscan majesty, where for over three decades excellence and expertise have led him to create products with an unmistakable touch.

Honored in the elite realm of supercar and hypercar’s independent artisan manufacturers, thanks to the credibility gained over the years with innovative and avant-garde projects.  It includes planning and design to car production on behalf of other automakers, passing from vintage auto restoration to prototype construction and replicas of modern cars and dedicated classics.

“I could be bounded in a nutshell, and count myself a king of infinite space…” (William Shakespeare), between lightness, power, and balance, just 1300 kg with 751 horsepower, Evantra the exclusive tailored Supercar officially presented at the 2016 Turin Motor Show, gives the sensation of a race car and makes every driver into a King of space.  Evantra, meaning God of Immortality in the Etruscan dialect, represents a symbol of eternity, an ultra tempore glory.

Hilly winding roads, intersected by peaceful roads, create a balance between tradition and modernity transformed in the heavenly profile of the fenders.  The attention to detail is seen in the headlights embellished with a decisive LED motif, as well as the openings that allow air to pass, and a lateral sill that’s higher in comparison with most other cars. It’s an extreme two-seater sports car: its engine is designed from the ambitious studies of Mazzanti Automobili, with a 7.2L V8 Bi-turbo output, able to deliver 1000cv and 1200 nm of torque, centrally mounted which creates a balanced hypercar.  Powerful and refined mechanics, combined with the typically stylistic identity of Made In Italy, are bound together in perfect symphony. Like a high fashion Atelier, the Mazzanti team uses their ingenuity to shape the right driving position in every small detail, while the exotic leather interior is decorated with aesthetic and technological gears that define a rare and exclusive layout.  Only five exemplars are produced each year, which renews the promise of prestige and uniqueness that Mazzanti guarantees each client.

From 0 to 100 km/h in under 3 seconds, with sudden acceleration from rear wheels, like on true racing cars; Evantra is destined to become a legend, because records are made to be broken.