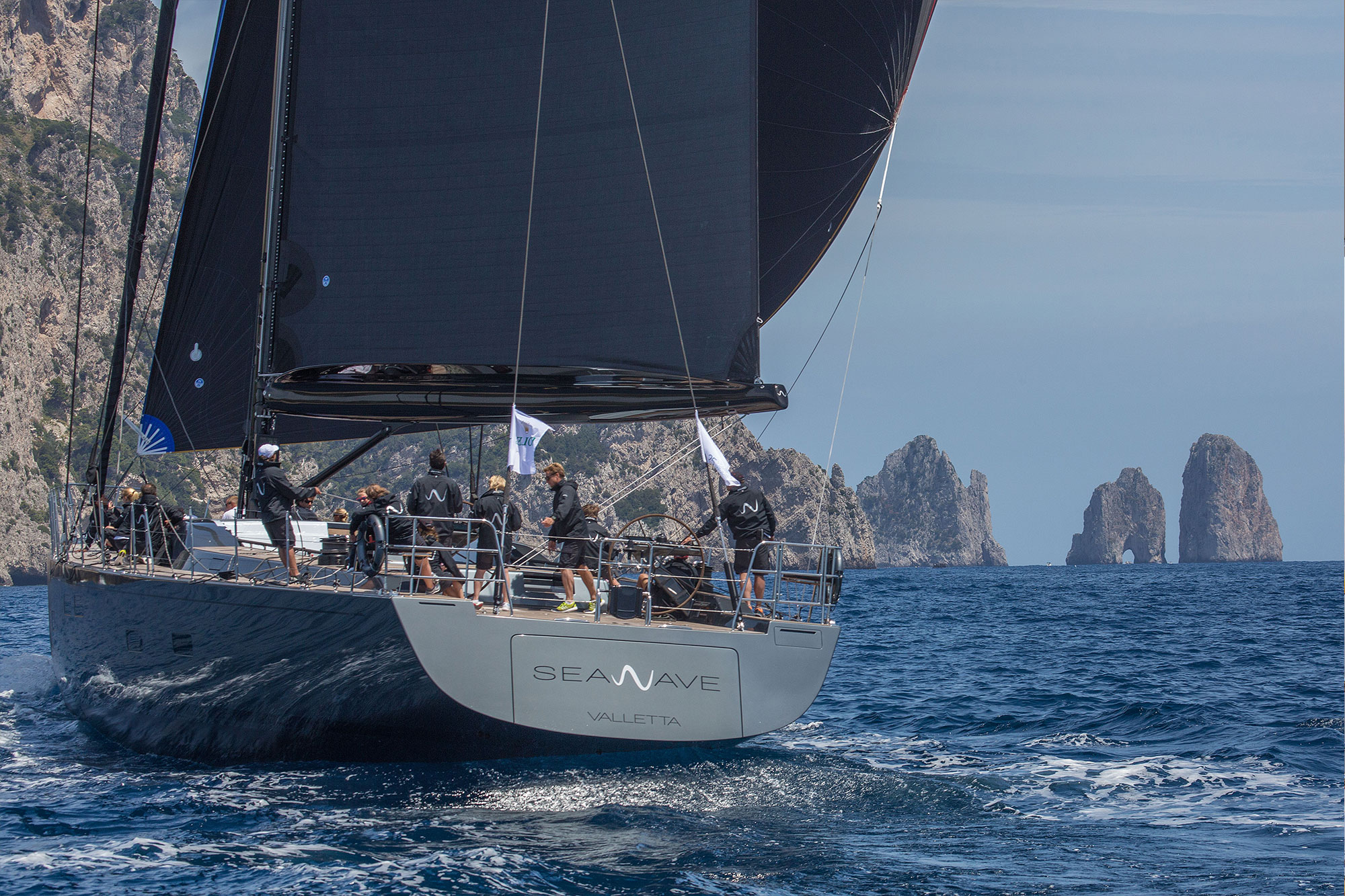 Pearl of the Sea

This year Yacht Club Capri, the Blue Island’s sailing association, turned eighteen years old. It has been the crossroads for famous sailors from all over the world ever since the day it opened. Over the years, thanks to the regattas organized by the club together with Rolex, Yacht Club Capri can boast about a palmarès full of names of famous skippers like Paul Cayard, Vincenzo Onorato, Francesco de Angelis. Even royals such as King Harald of Norway and Frederik, Crown Prince of Denmark, have participated in the races.

And being on the island of fashion, obviously in addition to sailors in the races there are also important names from Made in Italy, like Leonardo Ferragamo and Pigi Loro Piana, as well as great entrepreneurs such as Marco Tronchetti Provera. The members of Capri’s sailing association have established a friendly relationship with each other, strengthened by the love for a sport so relevant to the Blue Island.

In addition to big names and great regattas, in 2002 Capri’s association founded a sailing school that has become a true flagship over the course of the years, boasting a fleet that includes Optimist, Laser 420, and a 10-meter boat for the offshore sailing courses.

There is a team of high-level instructors and professionals who alternate in various stages in order to make a new champion come out of Capri’s “nursery”. And there was another important achievement last year: under the chairmanship of Marino Lembo, the club was able to establish a collaboration with other important sailing clubs like the Italian Yacht Club, the Italian Rowing and Sailing Club, the Aniene Rowing Club – that together with Yacht Club Capri organize the Rolex Capri Sailing Week. It is an entire week dedicated to this extraordinary sport.

In addition to the coveted trophy – Challenger Rolex Capri Sailing Week – there are other very important regattas such as the Tre Golfi, the International Tyrrhenian Championship, and the Mylius Cup. A whole week is dedicated to the sport and to competition, but also to glamour and the elite.

As a matter of fact, the month of May – traditionally tied to the regattas – has always given the official start to the tourist season. The sailing circus,
ship owners, regatta participants, media representatives and the heads of Rolex that endorse the Capri Sailing Week are all the key players of exclusive gala events that are held in the island’s most prestigious locations.

These include everything from the panoramic terrace at Giardini di Augusto all the way to the Gala Dinner in Grand Hotel Quisisana’s park, which ends with a great fireworks display and an awards ceremony in the square considered the center of the world.

This year it was more crowded than ever, and the celebratory sporting spirit captivated even many tourists and vacationers present who applauded the winners, Ange Trasparent II owned by Valter Pizzoli who took the Rolex Capri Sailing Week Challenger Trophy. And of course, to ease the tensions of the racers and ship owners, they dove into Capri’s nightlife in fashion, Anema and Core, VV Bar, Number One and Number Two. On Capri, even a race can become an exclusive international event, and all this was possible thanks to the intuition of those who decided 18 years ago to found the sailing club that today, with its regattas, is among the most prestigious in Italy and the world.