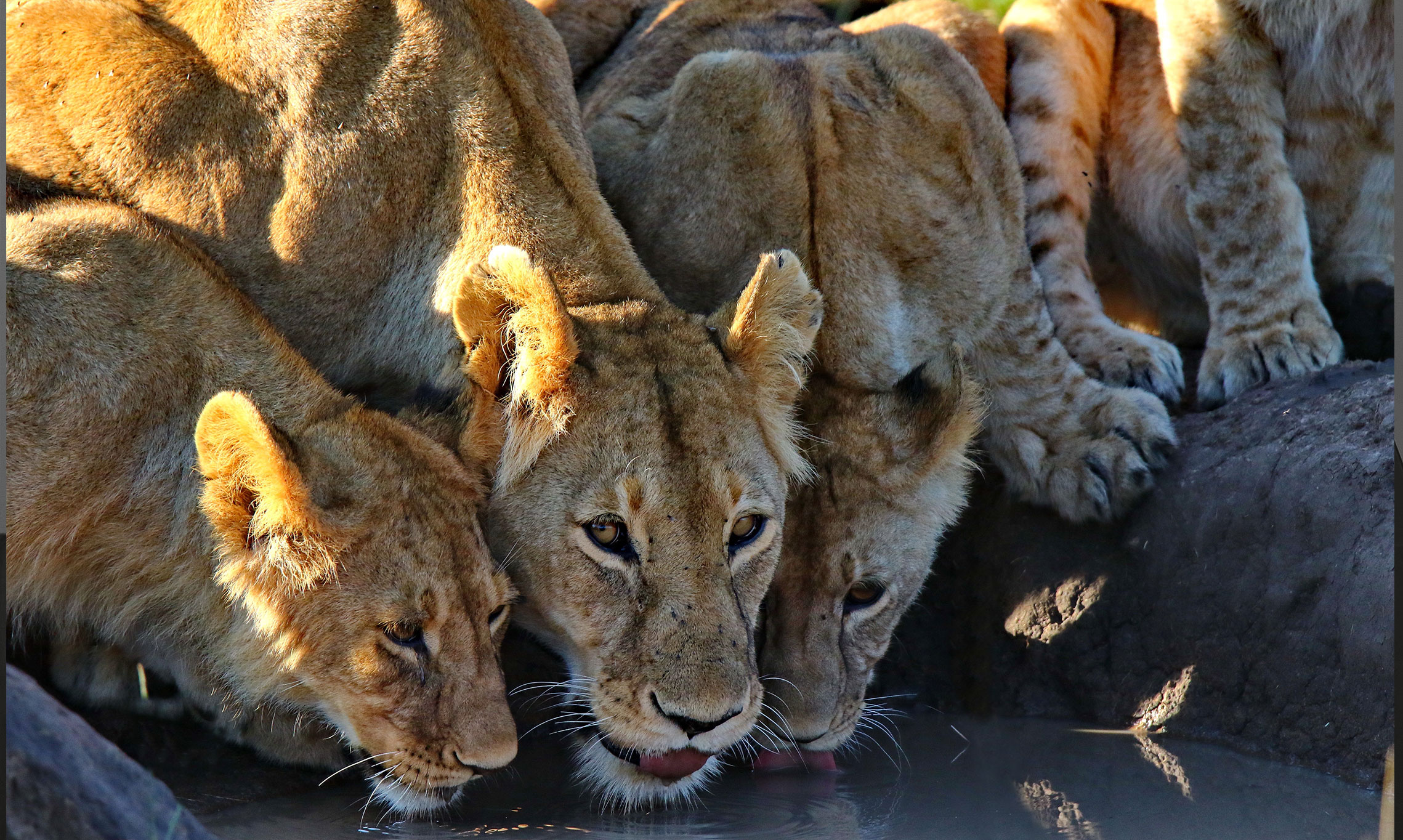 Imagine a vast, infinite plateau where the sky brushes that faint line grazing the horizon. Imagine an area of 320 square kilometers crossed in its entirety by the Rift Valley, an extensive geological formation created 35 million years ago by the separation of two large tectonic plates, when Africa began to break away from Arabia. And now just a bit more effort and try to imagine that moment in the Disney masterpiece when wise Mufasa reminds his little Simba: “… everything the light touches is our kingdom.” There isn’t such a large gap from the magic of The Lion King to actual reality, and the Masai Mara is very likely the most beautiful wildlife reserve in the world, or at least the one that offers the largest variety of animals with widespread visibility. It is an extraordinary ecosystem, extraordinarily rich in fauna, a habitat represented by the African prairie or better yet by the savannah, dotted with vegetation made up mostly by acacia trees. A plateau, an immense green table that runs between 1,500 and 2,200 meters above sea level, where even the most dangerous among forest animals – the Anophelous mosquito carrying malaria – loses some of its aggressiveness here in the Masai. Encompassed in a tropical climate with rather dry temperatures that never drop below 12 degrees at night and hardly ever rise past 30 degrees in the daytime, the Masai savannah has two seasons: that of the great rains from April to June, and the dry period that goes from July to October. The latter is the best time to visit this immense land and witness the great migration, a marvelous spectacle in nature where 200,000 zebras and 1,300,000 wildebeests dive headlong into the Mara to cross it. But it is also their greatest challenge, and unfortunately a quarter of the pack will never make it. The Masai Mara is the kingdom of the “big five” – the five great animals in the savannah including both herbivores and predators: elephants, rhinos, buffaloes, leopards, and lions. It is estimated that about 300 species of lions live in the Masai, the highest density in all of Africa. Poaching is certainly the worst evil here, one that truly afflicts this continent and its large parks. Ivory poaching is ruthless, an unstoppable phenomenon, marked by the killing of 30,000 elephants a year for ivory trading on the black market valued at 3,000 dollars per kilogram. Other giant herbivores of the Kenyan savannah don’t fare much better, and only 2 specimens of white rhinos are still alive, guarded day and night by 4 soldiers ever since the value of their horns reached the stratospheric amount of 120,000 dollars in the cruel Asian market. If the immense Masai Mara savannah is one of the best places in the world to observe wildlife, there is one area in particular where animal sighting is even more superior, at least from a photographic point of view. The Samburu is a small protected natural area that includes the same varieties of animal species as the Mara, but it doesn’t have the same access restrictions to the reserve, so both going on night safaris
and approaching animals off-road are possible, also because in some sections of the park no roads exist at all! Two factors make the difference in a photo safari, apart from a bit of luck that never hurts: the type of off-road vehicle used that should preferably have three rows with two people in each row allowing for wide visibility on either side, but also and above all the guide. At the time of our trip to Kenya, there were six Gold-certified guides and about one hundred and seventy Silver guides; it adds incredible value both for exploring the environment as well as for naturalistic and scientific learning. The same value is appreciated during the hunt for leopard sightings, the most elusive among the felines, or for getting a glimpse of the cheetah which camouflages itself incredibly well in the light colors of the savannah.

But the Mara is not only wildlife; this immense land belongs to the Masai people, a population of hunters and shepherds, once nomads but today much more settled because they are now linked to agriculture rather than transhumance. The Masai people’s greatest ability is knowing how to survive in a harsh, hostile environment, children of the Rift Valley. They are definitely a proud people, used to fighting since forever – centuries ago against lions when the young Masai had to pass their initiation rites, and today engaged in their greatest battle defending their lands, besieged by poachers and multimillionaires who seek exploitation at all costs with corrupt policies. Joining their lands, creating a new species of a self-managed reserve with a natural passage for animals could be the solution. Only this way will the Masai be able to overcome their latest challenge against anthropic action, and
remain masters of their land. Balancing the great circle of life.