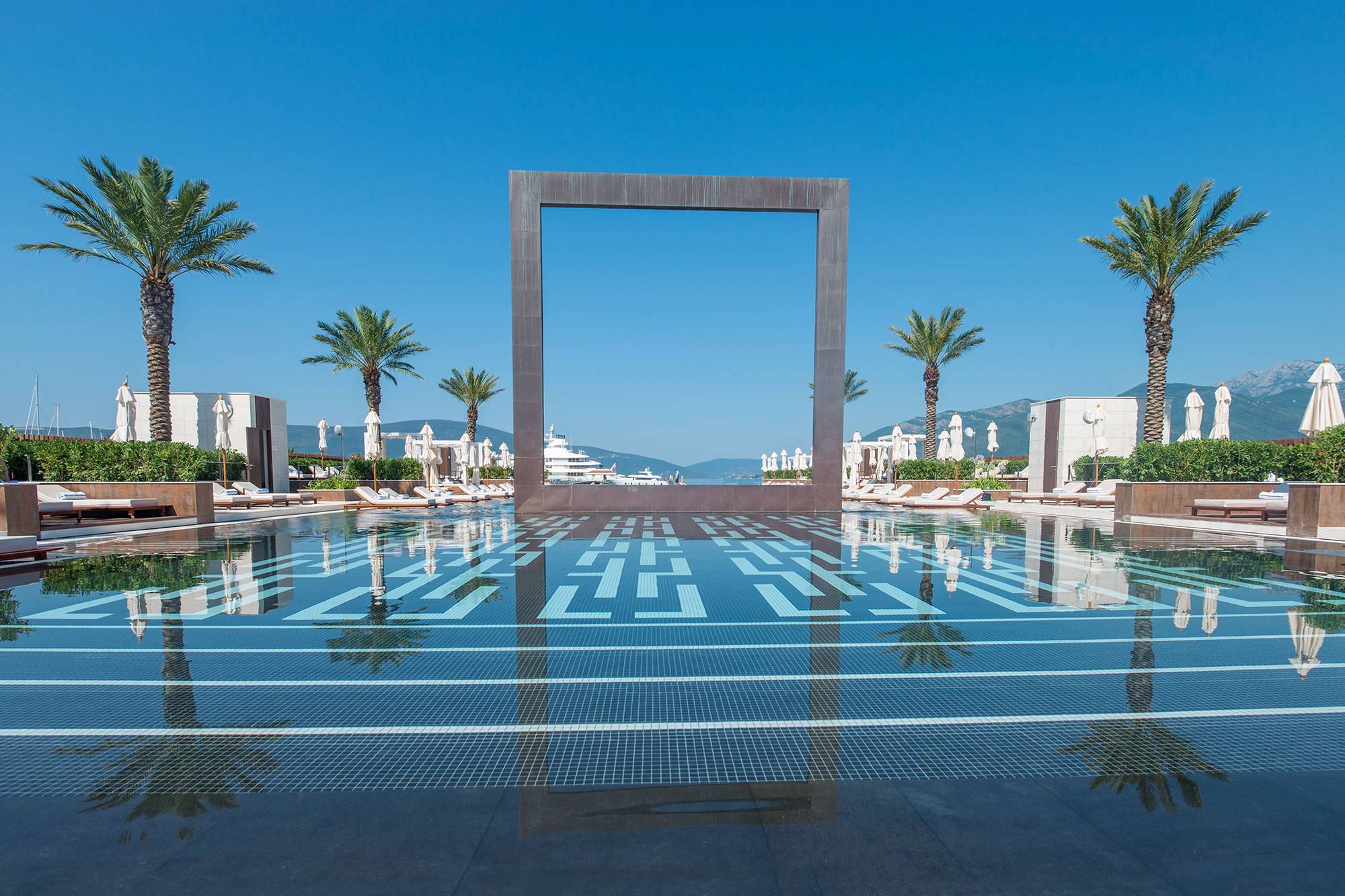 It’s rare to find a marina that is able to accommodate superyachts from 12 to 180 meters, not to mention having onshore and crew services that meet their high standards. Boka Bay, a UNESCO world heritage site, is also the largest natural harbor in the eastern Mediterranean. With one hundred kilometers of coastline from the Adriatic’s open waters to the southern expanse of the Dalmatia coast, Porto Montenegro tends to be the most complete nautical marina in the Mediterranean.

There are 460 berths that can accommodate the largest superyachts in the world, in addition to offering the highest levels of service. It is a coastal enterprise made up of 220 luxury apartments, as well as over 50 retail units, restaurants, cafés, cafeterias, shops, services, and the majestic Regent Porto Montenegro five-star hotel, boasting eighty luxury suites and apartments. The marina was built by Peter Monk, chairman and founder of the world’s largest gold-mining corporation (Barrick Gold), with Adriatic Marinas. Investors include Lord Jacob and Nathaniel Rothschild (English branch of the famous dynasty), Russian tycoon Oleg Deripaska, and Bernard Arnault, founder of the luxury group Louis Vuitton-Moët Hennessey.

It is located in the former Yugoslavian Navy Arsenal, and was awarded the 5 Gold Anchor Award in 2011 by the Yacht Harbor Association, and the Superyacht Marina of the Year in 2015.

The Yacht Club, founded in 2010, has a regatta calendar and a fleet of racing yachts – Blu26 and Tofinou 9.5. In 2015, the club moved to a brand new sports center, an emblem of elegance, with a spectacular skyline over the Boka Bay adding to its five star luxury.

“We want to become a reference point in the panorama of Mediterranean yacht clubs, attracting a series of international sailing events to Montenegro, thus showing the world what this land has to offer”, says PMYC President Oliver Corlette.

Created by Richard Hywel Evans, the eye-catching building is home to the official club with a private Members Lounge, designed by Parisian firm MHZ. The Lounge features a meeting room, a private dining area overlooking a spectacular 64-meter infinity pool and outdoor restaurant, with cutting-edge design by talented English architect Richard Hywel Evans. PMYC immediately entered the restricted circle of elite yacht clubs in the Mediterranean. “The PMYC is included in a magnificent context for navigation, besides being equipped with services of a firstclass yacht club. To raise our prestige, we are currently developing ambitious new regatta programs”, highlights PMYC Admiral James Wates.

All of this is in addition to a large fleet of racing boats, a gym, tennis courts, an animated mezzanine bar, and a rooftop restaurant and nightclub, covering an area over two thousand square meters and a seating capacity of five hundred guests.

There is also space to accommodate three 15-meter tenders for guests that want to arrive by sea. September is full of events, including the famous MYBA Pop- Up Superyacht Show – three days dedicated to charter professionals for evaluating the showcased yachts, and a perfect opportunity for captains and crew to network. To close out the summer season, Porto Montenegro is organizing the Thousand Islands Race along with the Sailing Club of Rijeka (SCOR).

This summer is full of events dedicated to every type of guest, from the most demanding to the youngest. Events range from everything including regattas and modern art exhibitions to markets with local products, all at one of the most important places in the Adriatic for superyachts.