It is a land of scents and flavors. But it is also a land of history, great history. More than any other geographical area in the world, this region has seen the birth of the greatest artists and geniuses the world has ever known: from Michelangelo to Giotto, from Dante to Galilei, from Brunelleschi to Leonardo da Vinci, the absolute master of all times. And with the Renaissance that opened the way for art and creativity, architecture and language, as well as the first inventions and discoveries that lay the basis for our current knowledge, Tuscany is not only the most enlightened example, but even today it still bears evident signs of its 16th century past that never really passed, but rather is still alive – sculpted in its works. From Florence to Siena, on a path that is just over 50 kilometers in length, you can create an itinerary at least ten days long that winds through villages and castles, plains and hills. It is precisely those lands that are origin to the scents and flavors of a varied and much-esteemed cuisine, and to a refined wine, as delicious as it is precious, its name giving way to the birthplace of Chianti.

Our journey starts here in the heart and vineyards of Chianti, and will be a spectacular route designated not only for rediscoveringhistory but also the pleasure of driving, since we will be behind the wheel of the finest “discovery,” a Lamborghini Huracán Spyder – an Emilian jewel for best discovering Tuscany. Luxury and technology coexist in one of the most esteemed super cars that can be driven; it is a car that stands out for its history, success, and refined technology that has established “Made in Italy” throughout the world as another form of art. Its design is bold and sharp as a knife, featuring acute convergent lines, bright color, and an unmistakable sound that enhances its high quality, so it never goes unnoticed! In the very early morning, even before sunrise, we are already in Monteriggioni, wonderfully located right in the center of Tuscany.

It is a small medieval fortified village, surrounded by an oval-shaped wall that seems like it was designed by an artist.

In fact, it is exactly that, as authentic as its history. It was built in just a few years by the Sienese, from 1214 to 1219, for a purely defensive purpose, just to monitor Via Francigena and its valleys towards Florence, a historical and perpetual enemy of
Siena. Florentines suffered various attacks and sieges until Cosimo I dei Medici imposed his lordship on Monteriggioni bringing its inhabitants to Florence as slaves, and then once again surrendered the village and its castle to the Sienese.

However, Monteriggioni has never lost its identity nor its charm, and in more modern times it has been the set for a dozen major films, principally “The Gladiator” by Ridley Scott. And travelling along in absolute silence through its cobblestone square with our Huracán brought us back to the past, to times of knights and horses. The Bolognese Spyder’s V10 is powered by 580 horsepower, but we want to savor it in the stillness of this ancient village whose “road” layout is the most
suitable for sliding this super sporty car over cobblestone streets, respecting the somewhat medieval atmosphere, especially early in the morning when it is totally deserted. From Monteriggioni we move south, going past Siena and entering the heart of green Tuscan hills – Val d’Orcia, perhaps the most iconographic place in all of Tuscany and recognized as a UNESCO World Heritage Site. And according to UNESCO, this area in particular seems to have been a source of inspiration for great Renaissance masters, most notably Ambrogio Lorenzetti and his fresco cycles. But the history of Val d’Orcia has very distant roots, specifically from a geological point of view, speaking of at least 5 million years ago when lava from the Radicofani and Amiata volcanoes shaped the land.

From a communicative point of view, Val d’Orcia represented a geographical link between northern and central Italy, directly connecting with Via Cassia that flowed straight into Rome. Cypress trees line Val d’Orcia’s internal roads, and the pleasure of driving with the Huracán becomes complete with the roof down: aromas become more intense, and a sense of freedom is truly absolute. Changing the layout from “street” to “sport” the control clearly changes; the Huracán’s suspension and steering tighten, and the sound is transformed, becoming more raucous, much more pleasant to listen to, really thrilling even. We then remove traction control and choose manual transmission, with control levers positioned directly on the wheel like in Formula 1 racing.

The progression is as impressive as its acceleration and how it handles curves. The Huracán is perfectly balanced in every situation, the pairing of suspension and frame is perfect, and if its performance is almost embarrassing, braking is certainly not any less. The “race” layout isn’t for everyone; it reminds us a bit of that Stallone film “Over the Top,” and without traction control, it is absolutely not recommended to use on the road. A wild fury! Val d’Orcia offers positively unique settings, where hills and vineyards alternate almost without stopping. This is the home of one of the most famous wines in the world: Brunello di Montalcino.

Our journey reverses course, now we head north towards Florence. The last stop is at Badia di Passignano, another small village that looks like something right out of Renaissance master’s painting. Surrounded by vineyards and cypress trees, the heart of Badia is an abbey, precisely the Abbey of San Michele Arcangelo a Passignano – a monastery that looks more like a castle than a monastic community. Built around the year one thousand, it has witnessed both glorious and tragic events
many times; it has been set on fire and destroyed, but also rebuilt. The monastery’s jewel is its refectory hall that houses the Last Supper, one of Ghirlandaio’s great works of art. 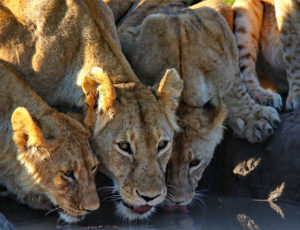