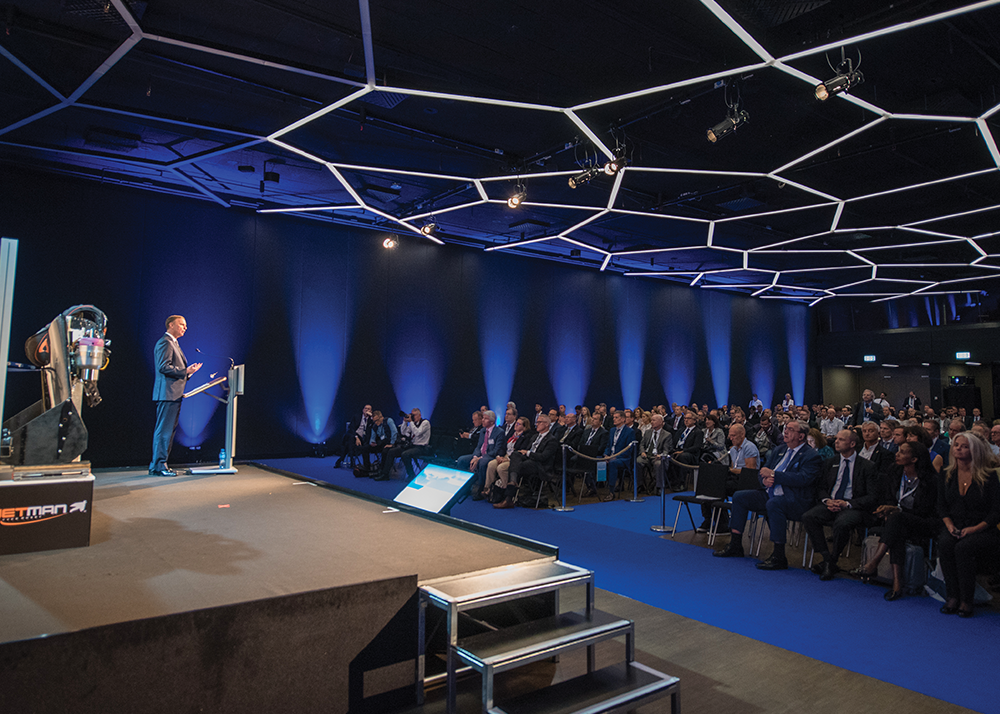 Business, technology, and innovation emerge from the sky. EBACE is an incredibly important aviation event, organized annually by European Business Aviation Association (EBAA) together with the National Business Aviation Association (NBAA). It is the leading event for the European aviation sector, held at the magnificent PalaExpo in Geneva. The convention brings together influential businessmen, government representatives, airline companies, and other closely related companies. “It has been a very optimistic week,” said EBAA President Juergen Wiese. “The show reflects a reverence for the sector’s history. ”

There were 418 exhibitors and 54 aircraft present on the Geneva airport runway, ranging from intercontinental commercial aircraft to turboprop airplanes to helicopters. Event participants representing about 100 countries were involved in viewing new aircraft, products and services, and attending press conferences and media events.

“Once again, EBACE demonstrates that business is an industry focused on innovation and investment in the future: innovative aircraft models, business strategies, and possible evolutionary trends.”

The latest edition kicked off with a presentation by Yves Jetman Rossy, an experienced military and commercial pilot, as well as the fascinating inventor of a series of experimental, individual jet packs that let him soar like a bird over the English Channel and America’s Grand Canyon. Another innovation from the most recent edition is the program Expanding Horizons, recently announced by EBAA: it is an awareness campaign over the whole continent to highlight the value of commercial aviation in Europe. EBAA’s study “Expanding Horizons: How Millennials See the Future of Business Aviation” revealed business aviation’s benefits, such as its ability to take people where they need, when they need. EBACE was also host to the second annual Career in Business Aviation Day that brought over 250 high school and university students from all over Europe. EBAA merit awards celebrated companies that have established a solid safety culture within their organizations: five European companies have reached 100,000 flight hours without accidents. In addition, the event hosted a famed seminar on international aviation transactions, which addressed common questions and concerns such as the purchase, import, and management of commercial aircraft in Europe. There was also a moment to commemorate the life and legacy of Serge Dassault, who passed away May 28 at the age of 93. In fact, EBACE 2018 was dedicated to Dassault, who received the NBAA’s Meritorious Service to Aviation Award in 2009 for his contribution to business aviation. The event will be back next year at Geneva’s PalaExpo from May 21 to 23.