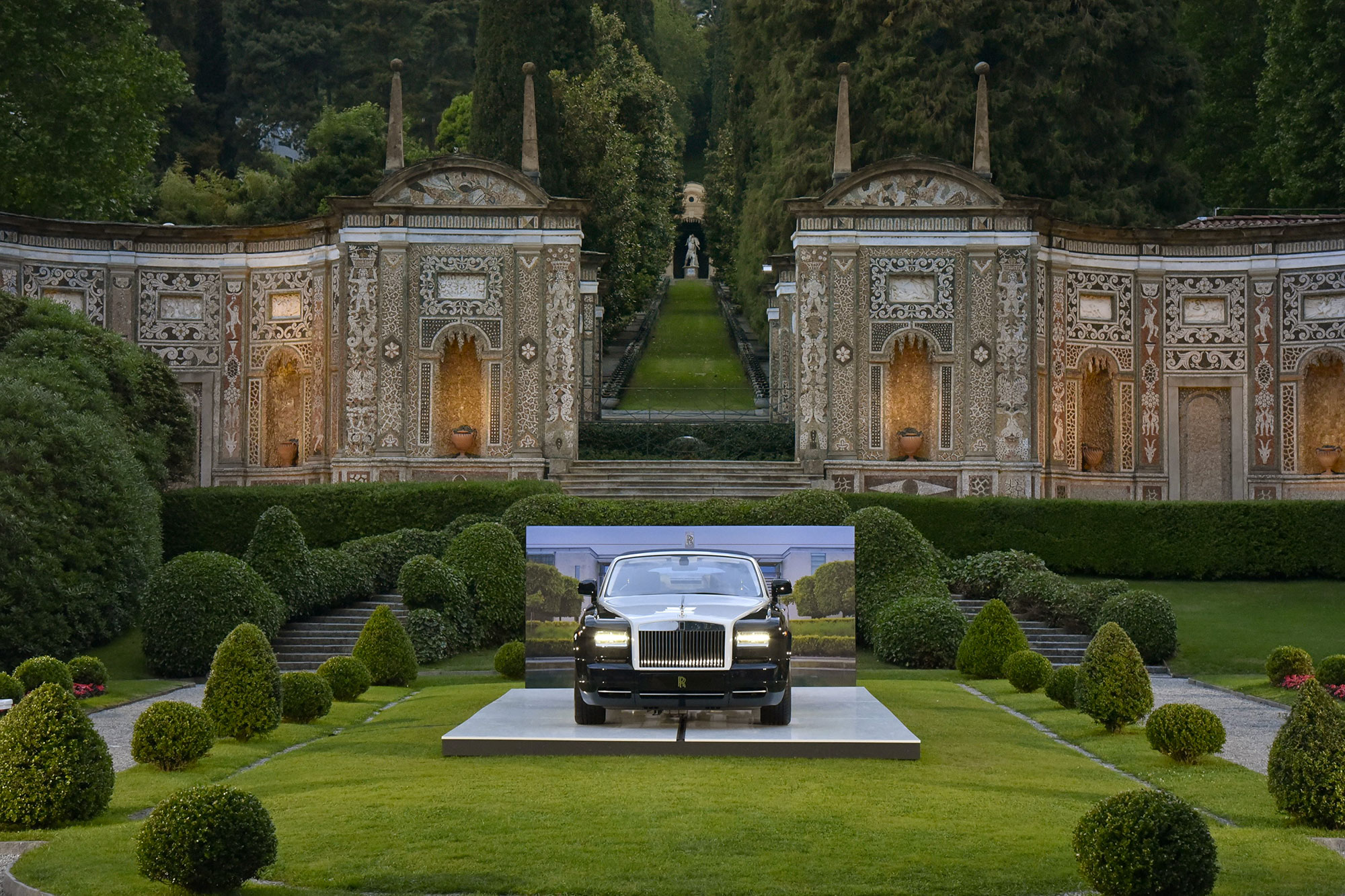 The road is an emblem of an imaginary timeline that unites the great literary past of 1873, the date of the publication of Jules Verne’s first novel, and the inauguration of Grand Hotel Villa D’Este, with the exclusive edition of Concorso D’Eleganza Villa D’Este. This year’s edition is held May 26-28, featuring the intriguing title “Around the World in 80 Days – Voyage through an Era of Records.”

Majestic parks and gardens host the most beautiful classic cars exhibited in Cernobbio, and within, an era of radiating splendor summarizes the story of success ever since the first edition in 1929.

The festival has featured a series of pre-war sports cars and record breaking cars that combine classic style and solid performance; passing through the ‘50s with its raison d’être of excellent performance over long distances, and even inclu- ding racing cars and future concepts of automotive design, which creates a fascinating contrast with the retrospective of important cars and eras.

The motorized scenery is overseen down to the smallest detail by a double jury, led by President Lorenzo Ramaciotti, who have the task of judging the participating cars in order to award “Best of Show”, the BMW Group Trophy.

The public judges the most beautiful car by voting to award the coveted “Villa d’Este Gold Cup”. Villa Erba holds a vehicle exhibition staged by RM Sotheby’s, followed by an auction, and the 7th Edition of the Motorcycle Concours. A long journey around the world, history, design, innovation, and tradition of pionee- ring inventions, reflected in the thunderous immensity of the crystal clear surfaces.