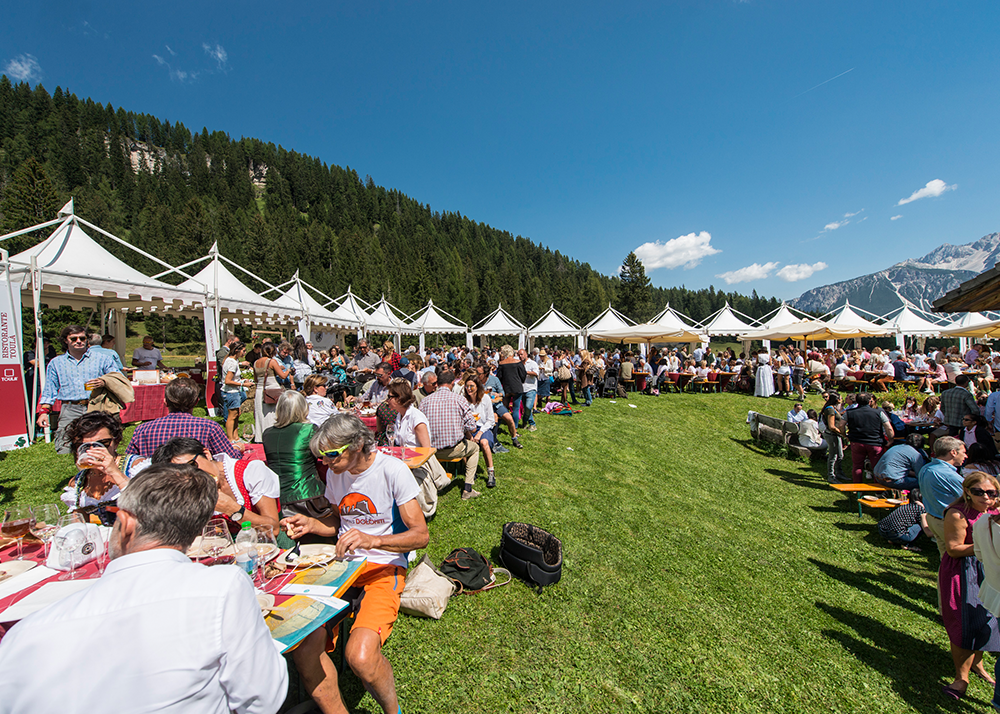 Starred chefs create culinary delicacies at food and wine stands at the court of the Ampezzo mountains: Cortina Summer Party is the stage for famous Tyrolean style picnics, now in its 8th edition.

It is a much-awaited, extremely glamorous event during the last ten days of August, created by the Zuliani family. Here guests can sample a lunch of local specialties offered by over 20 restaurants, winehouses, and pastry shops. It also features a string of shows by artists and live music. In anticipation of the upcoming edition, the festival’s patrons, Alvise and Erica Zuliani reveals more about it. 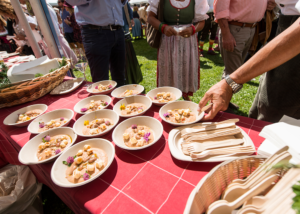 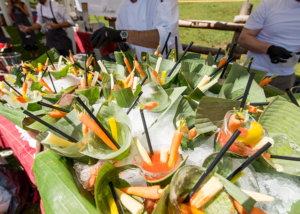 What is “Cortina Summer Party” and how did this much-awaited event start?
Cortina Summer Party (or CSP) was created in 2009, and is a flashback to VIP society parties in Cortina during the 70s. Set in the Ampezzo Dolomites’ breathtaking scenery, CSP is essentially a picnic on the grass with white-jacket servers offering guests gastronomic specialties created by 25 chefs
(including 5 starred chefs), winehouses, and pastry shops.

Why was Cortina chosen as the location?
Cortina was and still is a popular destination in the Ampezzo capital at the end of August, especially for CSP’s target audience. Among the new features of this year there is the change of location; the picnic will take place in the picturesque setting of the Socrepes Refuge, for the first time open during the summer season. The refuge is equipped with ample parking facilities that will allow participants to easily access the ski area avoiding the inconveniences of the past few years; not only that but who does not intend to use the machine can comfortably reach the shelter in chairlift starting from the plant Socrepes (Faral) to an agreement price. 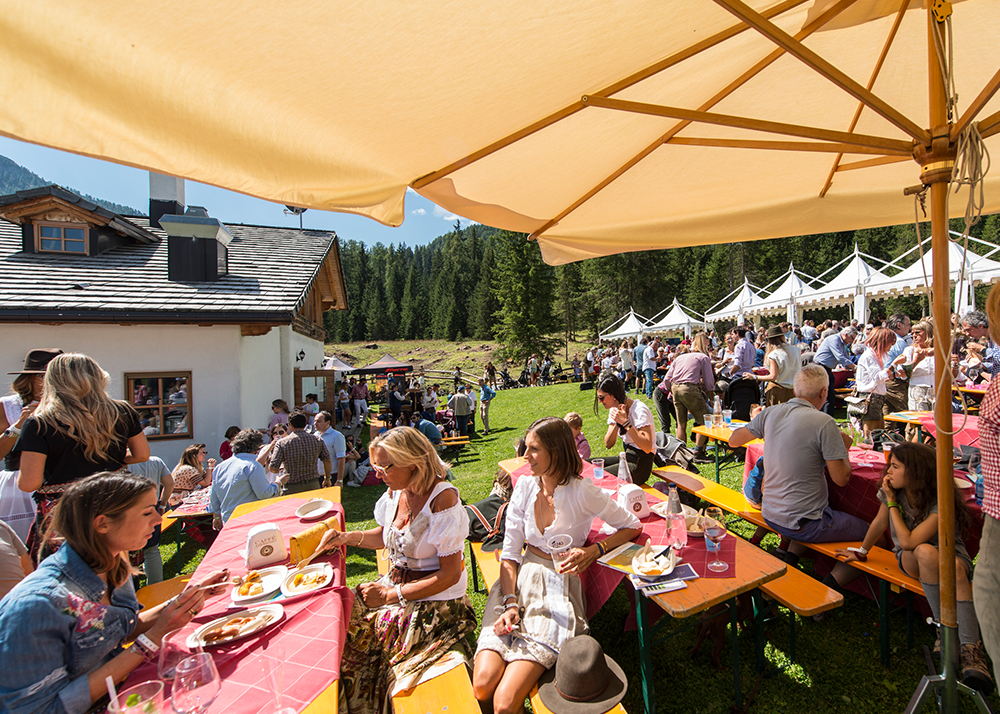 What has changed over the years? What will be different this year compared to previous years?
CSP has been reviewed as the most glamorous event of the Cortina summer; the first edition had about 250 participants and has progressively grown to about 850 participants last year, which vouch for the event’s success. The event has two sides: the genuine VIP lunch and the DJ party, which will continue through the evening this year upon request, and is intended for, but not limited to, a younger audience.

What is the theme this year? Can you tell us the names of the starred chefs who will be there?
CSP is a classic which is why over the years we have never moved away from the strictly Tyrolean dress code. Among the starred chefs this year, like Graziano Prest from Ristorante Tivoli in Cortina, we will celebrate the third Michelin star for Norbert Niederkofler from Ristorante St. Hubertus at the Hotel Rosa Alpina in San Cassiano.

Will there be famous names among the guests this year too?
CSP has always been star-studded with distinguished guests, but we can’t disclose specific names.

What is the secret to each edition’s success?
Above and beyond the good food and drinks, CSP has become a unique event that is a must-see for visitors to Cortina at the end of August.