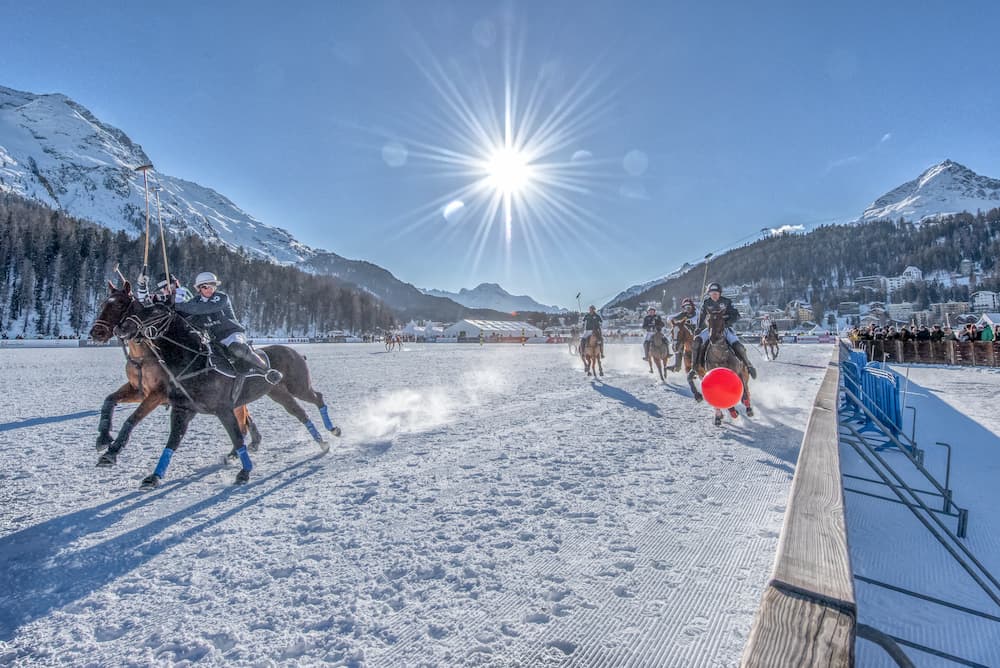 Born in a blizzard

“It had snowed all night long and you never would have imagined that there was a polo field under all that snow,” says Reto Gaudenzi, remembering that Saturday, 26 of January 1985. For two years, he had worked hard to make the first polo tournament on snow come together; here were fierce innovators and everything was about to be buried under a pile of snow. The idea for Snow Polo had come about two years earlier. But the trailblazing team around Reto Gaudenzi accomplished it and organized the St. Moritz tournament for 15 years. Over time, it has become one of the main sporting and social events for the international polo community, and a regular event in the varied St. Moritz winter program. With over a thousand spectators and a hundred journalists, the snow polo world premiere got off to a brilliant start. But at 1,800 meters above sea level the St. Moritz tournament remains unrivaled, where polo enthusiasts from all over the world celebrate the “Spirit of Allegra” – the unique combination of joie de vivre, luxury, and authentic Alpine lifestyle. At the upcoming edition from January 24 to 26, team captain Elchin Jamalli returns to St. Moritz for the third consecutive year with Team Azerbaijan Land of Fire, joined
once again by Agustin Kronhaus, together with Pato Bolanteiro and Santiago Marambio. No doubt the Team Azerbaijan Land of Fire will dazzle the crowd with their determination and skill. Team Badrutt’s Palace Hotel is the reigning champion of the Snow Polo World Cup of St. Moritz, with Melissa Ganzi who led her team to victory in 2019, the first woman in history to win this renowned tournament. Together with Alejandro Novillo Astrada and Juan Bautista Peluso, both members from the 2019 victory, Nic Roldan joins the 8-goal team. Zhanna Bandurko and Valery Mishchenko return yet again to St. Moritz with Team de GRISOGONO. Mishchenko, Strom and Charlton reached the final in 2019, but were defeated in the end by Team Badrutt’s Palace Hotel; this year they will be protagonists together with Santiago de Estrada, a player and coach based in Argentina, who has more than 20 years of playing and teaching experience.

All that is left is to see them in action!