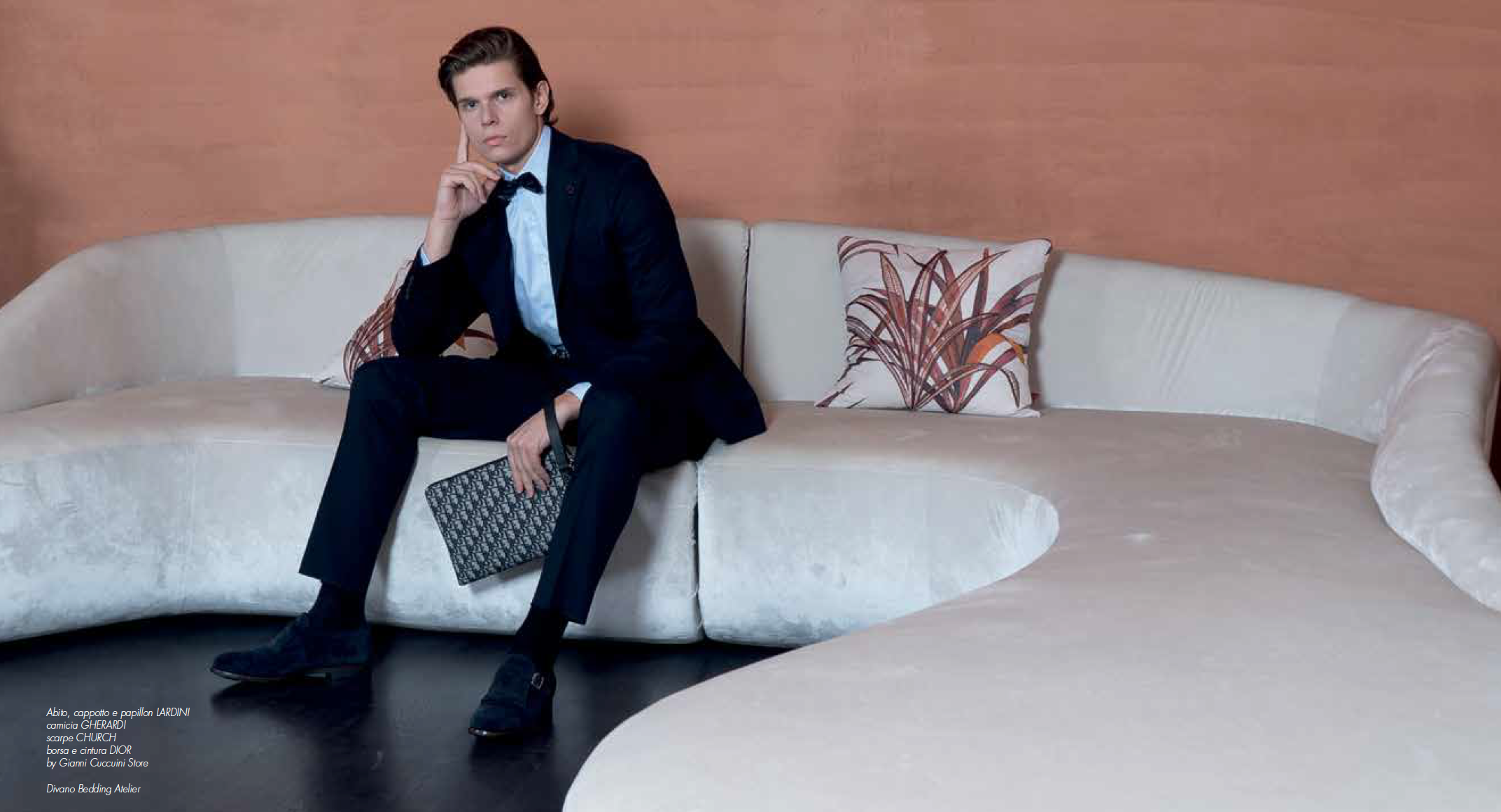 Alessandro Egger  – A Perfect Balance of Beaut y and Talent

Alessandro Egger was born in Belgrade in 1991 but moved to Italy as a child, then soon became an idol to youngsters by playing the role of Nick in the television series “The Band.” But it was the catwalks of Versace and Dolce&Gabbana that made him famous to the general public. Today Alessandro is one of the models that is most requested by Italian designers, a young man who has managed to keep his feet on the ground despite his great success. Even after participating in the reality show “Beijing Express” Alessandro has managed to not get overwhelmed by his success. We at Good Style met him and took some pictures of him in Milan, in the coolest and most luxurious location in Milan’s fashion district: Il Salotto di Milano, a luxury experience that brings together all the best of Made in Italy from every product sector. His approach to our editorial staff was as we had expected; he made himself totally available to our every request, without ever acting like a prima donna. Between shots Alessandro talks about himself, he tells us about his love for his homeland, his roots, of his great gratitude for Italy which adopted him, dedicating his success to this country. Finally, he reveals his dream to us, that of getting involved in cinema, now devoting much of his time to studying acting. Having had the pleasure of meeting him personally, we don’t find it hard to imagine that in a few years we could see him starring in some successful film. If we mix beauty, personality, class, with great talent and an unstoppable desire to reach every goal, the result can only be a winning one. We leave our readers with the pleasure of seeing him in the pictures in these next few pages, sure to please with such professionalism, wit, and beauty.