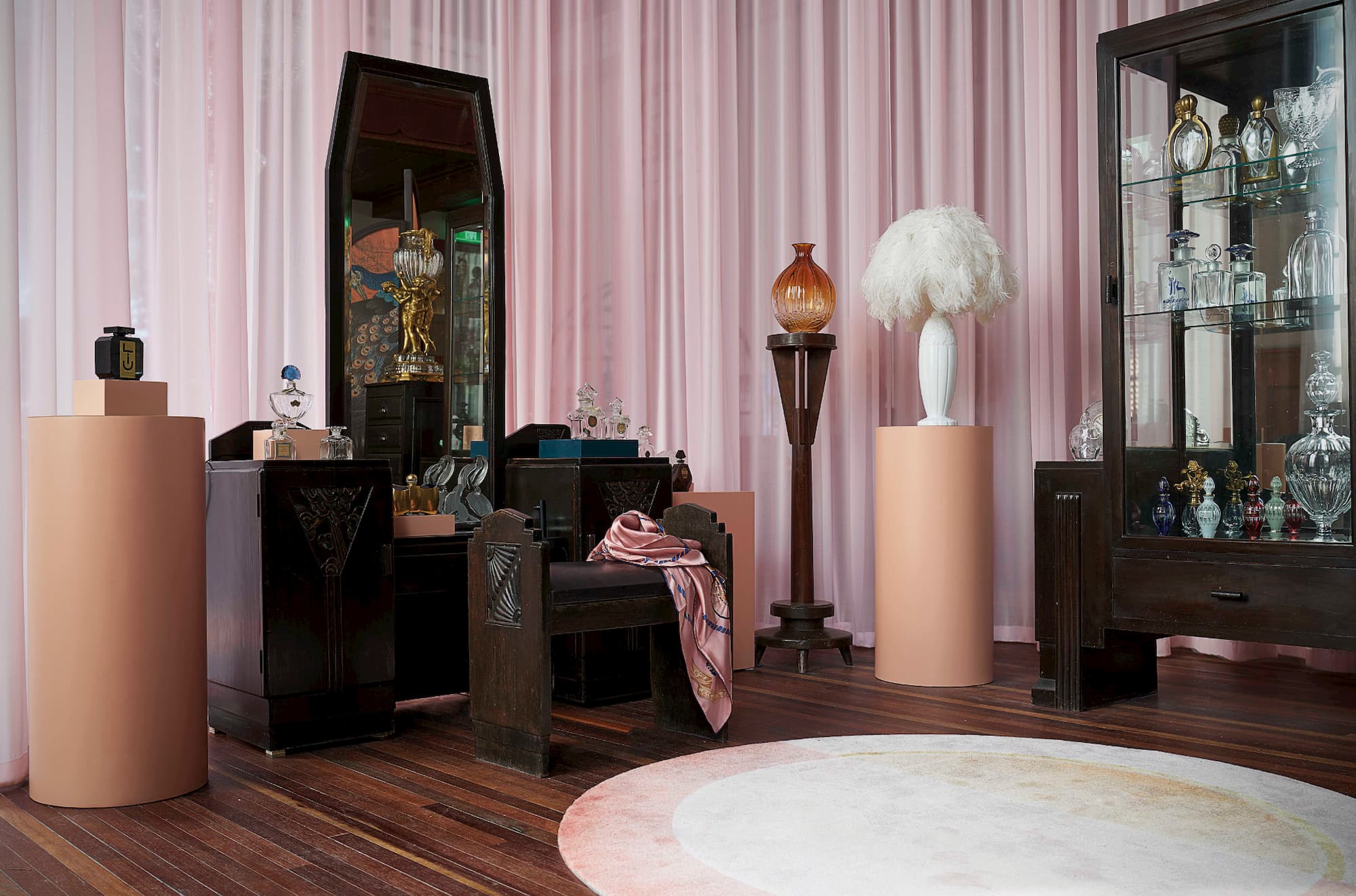 255 years of heritage, exquisite savoir-faire, and a sophisticated French touch come together with BACCARAT, A COLLECTOR’S HOUSE, the first and largest exhibition every done outside of France, which opened on November 6th. In collaboration with the Hengfu Art Center, in a magnificently restored mansion dating back to 1928 located within the former French Concession, the exhibit features 400 original and unique masterpieces from historic collections, handmade over the centuries by craftsmen from the manufacturer located in Baccarat, in Lorraine, ever since 1764.

The sophisticated staging takes us back to the end of the 1920s, when Shanghai was known as “The Paris of the Orient” and was a thriving center of new forms of art and entertainment. An art enthusiast lives in this mansion, a devoted collector who has traveled the world to collect unique pieces. These pieces include the Candelabra of the Tsar, named in honor of Tsar Nicholas II who admired it at the Paris World Fair in 1878, in all its splendor at 3.85 meters high with 79 candles and 3,320 crystal pieces; the Table and the Boat, an emblem of the city of Paris, created for the World Fair in 1889 on model by the sculptor Charles-Vital Cornu, an impressive structure weighing 750 kilos of crystal that took over 3,700 hours of work by Baccarat artisans; Desert Vessel – a incense burner in the shape of a dromedary; the Poppy Vase created by Georges Dunaime for the International Exhibition of Modern Decorative and Industrial Arts in Paris in 1925; Jets d’eau, a monumental chandelier created by Baccarat and Georges Chévalier on the official theme of International Exhibition of Modern Decorative and Industrial Arts in 1925 – water, it is a crystal cascade made up of over 7,000 pieces including faceted pearls and pendants. It is an exceptional exhibition made possible thanks to the valuable support from some of Baccarat’s historic partners: Chrome Hearts, the American luxury goods company, the French company Guerlain and the Chinese company Shengdao. A dedicated space will feature luxury aesthetics with a selection of contemporary pieces designed in collaboration with Chrome Hearts; vases, decanters, glasses and ashtrays engraved with sophisticated motifs embody the icons from the Los Angeles-based company and the eclectic, infinite possibilities of crystal. The exhibition also features a valuable collection of perfume bottles created by Baccarat for the Maison Guerlain. True objects of desire – each with its own story, such as “Shalimar”, “Mitsouko”, “Liu”, “L’Heure Bleue” and “Coque d’or” which were bestselling fragrances at the time and remain marvelous witnesses to the long-standing relationship between the two French Maisons. Finally, Baccarat thanks Shengdao and their CEO for their support in organizing the exhibit, as well as Art & Deco and JunNan Furniture Co, Ltd in Shanghai for the magnificent furnishings that complete the installation of Baccarat, A Collector’s House, a dream that illuminates timeless elegance.